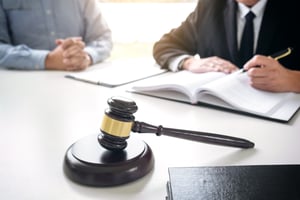 As background, in February 2018, twenty states filed a lawsuit asking the U.S. District Court for the Northern District of Texas (Court) to strike down the Patient Protection and Affordable Care Act (ACA) entirely. The lawsuit came after the U.S. Congress passed the Tax Cuts and Jobs Act in December 2017 that reduced the individual mandate penalty to $0, starting in 2019.

On December 14, 2018, the Court issued a declaratory order that the individual mandate is unconstitutional and that the rest of the ACA is unconstitutional. The Court granted a stay of its December 2018 order, which prohibits the order from taking effect while it is being appealed in the Fifth Circuit Court of Appeals (appeals court).

On March 25, 2019, the DOJ submitted a letter to the appeals court clerk stating the Court’s ruling should be affirmed and that the entire ACA should be struck down as unconstitutional. The DOJ intends to file an appellate brief to defend the Court’s ruling.