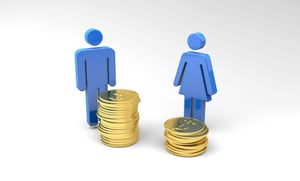 April 1 may be April Fool’s Day, but for many workers April 2 is no joke. For 2019, it represents National Equal Pay Day, or the day up to which women have to work to make what men made the previous year on average. For women of color, the day is even later in the year every year.

Many long-held beliefs about the pay gap, including that it is because of job choices women make or time off for having children, aren’t borne out by the research, says a recent article in the New York Times. One long-held reason, that women don’t negotiate their wages, has proven to be more nuanced. Research shows that while women have grown more comfortable with negotiation, those negotiations aren’t always successful.

Wage transparency, whether at a corporate level or from conversations between employees, is one way to help combat the pay gap, even if cultural norms make discussing wages rarer. HR Exchange Network points out that most of the laws in place are specific to discussing salaries for federal or state contracts and roles, not the general workforce or hiring population. So, for now, HR departments may need to decide on their own if it’s time to reconsider older policies that forbid employees from discussing their pay. If exact salary numbers are hard to share, consider sharing a salary range and more information about how decisions are made, says an article on NBC News.

Not all money conversations at work are productive, or even legal. While it may seem like knowing someone’s past salary would help determine the best compensation in a new role, it can also reinforce the pay gap, since a man and woman candidate may be applying with equal experience but not equal pay history. Make sure your hiring team understands the laws surrounding questions about salaries and how they vary across cities and states. Money has a helpful map of the cities and states that now ban asking about salary history.

More than any law or regulation, most experts agree it will be individual companies and leadership recognizing and committing to equal pay that moves the needle. Before the next Equal Pay Day in 2020, consider beginning the important conversations at your company about how you can better support equal pay for all your workers.