Managing Robots in the Work Force 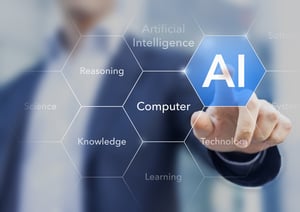 As the gig economy increases its influence, offices become more decentralized. Sometimes, whether to save money or finesse consistency, companies turn to artificial intelligence, or AI, for assistance. While robots have been employed to operate machinery or sort objects for years now, they are increasingly working white-collar jobs too.

As The New York Times reports, these new algorithms are especially talented at spotting patterns, which helps companies do everything from picking stocks to designing clothing, and even diagnosing cancer.Experts doubt that the workforce will ever become fully automated, however they are confident that many positions will become at least partially automated soon. For example, a robot might be able to discern increasingly popular t-shirt styles, but only a human can judge the feeling of the fabric between fingers, and the way the drape and color will fit a specific body.

Paradoxically to some, many companies find hope in this trend. They see artificial technologies not as job replacements but as job enhancers, as they often give employees more time to strengthen intuitive instinct and relationship-building techniques.

Plus, through their sophisticated search capabilities, AI can often save HR Departments hours on job fulfillment.A recent article in Human Resource Executive pushed this even further, stating, “The impact will not be so much on the number of jobs, but rather on the actual content of jobs themselves… people will collaborate with increasingly intelligent machines to do more complex and higher-value work.”What this means precisely is still unfolding, however many are excited about the possibility of reinventing fields, increasing project-based work, and perhaps even redefining the idea of “work” itself.

Read “High-Skilled White-Collar Work? Machines Can Do That, Too”

Read“Let a Robot Be Your New Clerk with RPA!”

Read “Artificial Intelligence, Automation, and the Future of Talent Acquisition”

Read“A.I. Assistants Want to Raise (and Market to) Your Children”