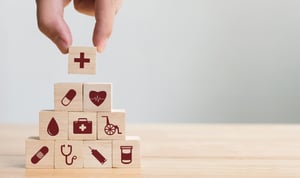 For the 2-percent shareholder to deduct the health insurance premium amounts, the S corporation must report the health insurance premiums paid or reimbursed as wages on the 2-percent shareholder’s Form W-2 in that same year. Also, the shareholder must report the premium payments or reimbursements from the S corporation as gross income on the Form 1040, U.S. Individual Tax Return.